One day we ran out of alfalfa and the milk tasted bitter or ‘goatie.’ What was the meaning of that? Don’t run out of alfalfa. One time I visited a dairy goat cooperative in Dolores Hildalgo, Mexico and their goat’s milk tasted way more better than mine. Why? Their alfalfa was harvested from soil unchanged since Cortez and the Aztecs time. Dairy is like wine; the taste is determined by the soil. This is also true for eggs, meat and poultry. My wife and I moved to Sao Paulo in 1975 only a Jack N Box, no MacDonald’s. Why? The red clay soil of Brazil made the grass fed beef taste un-MacDonald like.

The crime of the 20th century was the pasteurization of dairy in 1912; for over 100 years Americans in particular have not had a drop or curd of nature’s most digestible, assimilate-able, protein food source. 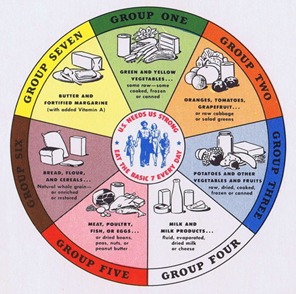 GROUPS Four and Seven were essentially removed from our diet by WWI, while Six and Five fell to the industrialists after WWII. The USDA and Monsanto are busy killing off One, Two and Three.

What I Learned Down On the Farm

Most important lesson sustainable family farming is doable, enjoyable and can be very profitable.