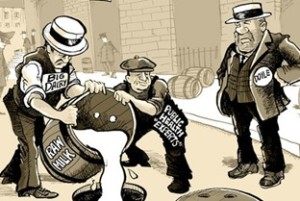 The prohibition of alcohol lasted only 13 years, while the prohibition of raw milk has been enforced in the United States for more than a century. The ratification of the 18th Amendment to the U.S. Constitution–which banned the manufacture, transportation and sale of intoxicating liquors–ushered in a period in American history known as Prohibition. The result of a widespread temperance movement during the first decade of the 20th century, Prohibition was difficult to enforce, despite the passage of companion legislation known as the Volstead Act. The increase of the illegal production and sale of liquor (known as “bootlegging”), the proliferation of speakeasies (illegal drinking spots) and the accompanying rise in gang violence and other crimes led to waning support for Prohibition by the end of the 1920s. In early 1933, Congress adopted a resolution proposing a 21st Amendment to the Constitution that would repeal the 18th. It was ratified by the end of that year, bringing the Prohibition era to a close. 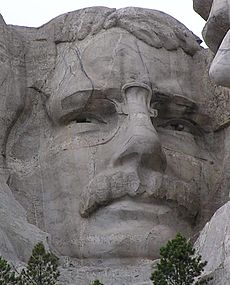 In the 1890s, Nathan Straus, co-owner of Macy’s department store in New York, was already building a reputation as a philanthropist. In the winter of 1892, he distributed 1.5 million buckets of coal to impoverished New Yorkers so they could heat their homes. The following year, he organized a series of shelters that provided beds and breakfasts to the city’s homeless population. In 1893, he tackled the problem of unsafe milk.

Straus had been reading up on Pasteur’s work and the theoretical benefits of pasteurization. He knew that nearly 10% of all children born in New York City died by the age of five -and despite all the recent improvements in milk quality, he still suspected that milk was to blame for many of the deaths. His reasoning was simple: Milk spoiled quicker in the heat of the summer, and the city’s childhood mortality rate increased at the same time. He figured there had to be a connection between the two. In 1907, the reform-minded president Teddy Roosevelt ordered his Public Health Service to look into the pros and cons of pasteurized milk. In 1908 the Service issued its report: Pasteurization, they found, did not affect the taste, quality, nutrition or digestibility of milk, but it did “prevent much sickness and save many lives.” 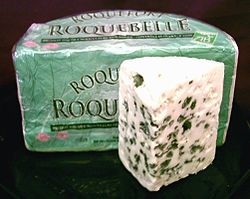 French Roquefort, a famous blue cheese, which is required by European law to be made from raw sheep’s milk.

According to the regulations in the European Union all raw milk products are “legal” and considered “safe for human consumption”, and can be sold without any price, variety or quantity restrictions. However, raw milk and products made with raw milk must be labeled to indicate this. Also, European countries are free to add certain requirements. Usually special sanitary regulations and frequent quality tests (at least once per month) are mandatory.

Today, no one would suggest making the sale of whiskey illegal. Marijuana will soon be legal nationally, sooner if Bernie gets elected. However, milk, “nature’s most perfect product” is the best restraint-of-trade example, for why Free Trade Begins Down On the Farm.  The universal pasteurization requirement industrializes the production of all dairy products manufactured in the US and imported from other countries. European countries especially France treat their citizens’ freedom of food choice with respect and appreciation. The ‘frogs’ wouldn’t think of cooking their wine, their milk and certainly not their cheese.

Family farming hasn’t made money since World War One. The individual dairy farmer sells cow’s milk to Big Dairy Inc. for $1/gal. or $1.05/gal. if it’s a Jersey. A report by the Agricultural Credit Association forecasts a $12/cow annual net profit with a 1,500 head dairy operation. Thirty head of cattle is above average for the small farmer. Like Bernie says the individual farmer is an endangered species with barely over two million left down on the farm. Is it any wonder that 56.6% had less than $10,000 in sales, that half had a primary job other than farming?

NAFTA and the Trans-Pacific Partnership Agreement are big deals for Big Dairy Inc and Monsanto. Factory farms can crank out tons of UHT milk, that has a shelf-life to infinity and beyond. As the world’s biggest ag-exporter Free Trade Agreements force our partners to accepting Monsanto’s GMO patented seeds.

Free Trade Down On the Farm could begin tomorrow with Texas, Oregon and the three other ‘only on the farm raw dairy sales’ states mimicked California to legalize Raw Dairy.