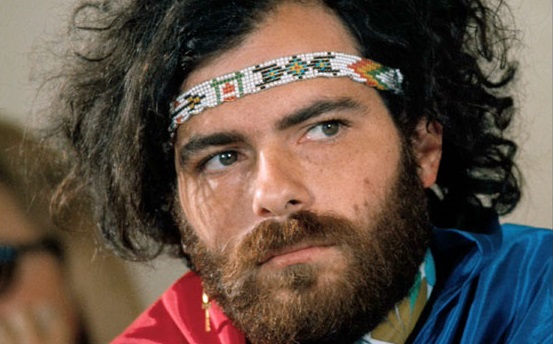 Millennials, today are defined as those ages 18–34 in 2015. The 2016 Presidential Election is being compared to 1968 where 18-34 year-old’s were born between 1934 to 1950. Jerry, Bernie Sanders and I were Pre-K Baby Boomers and like today’s Millennials we were pissed-off. Although JFK started the Vietnam War, LBJ, being from Texas, had to draft all the 18-26 guys he could find. Jerry was too old, Bernie filed for Conscientious Objector and I dragged my S-2 Deferment Card through seven years getting a BS of Architecture at the University of Cincinnati. 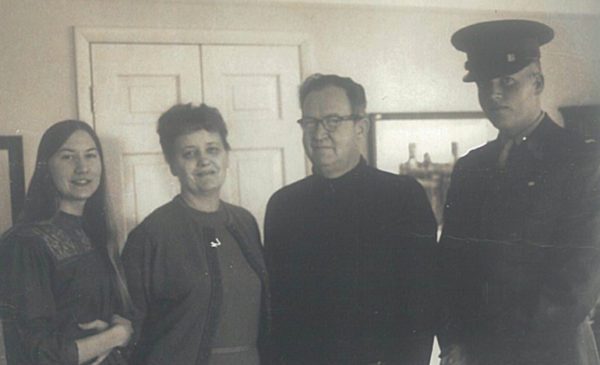 Fortunately for my father, I graduated in May 1968, unfortunately for me, I got drafted into the Army. Because ‘fools rush in where architects have already been’ I joined the Marine Corps. My prescience was validated at Quantico, as I was the only architect in our 265 man USMC Officer Basic School class in December ’68. We did have another weirdo from Harvard. Don’t remember his name, just recall asking him multiple times, “what in the hell happened to you? Why are you here?” 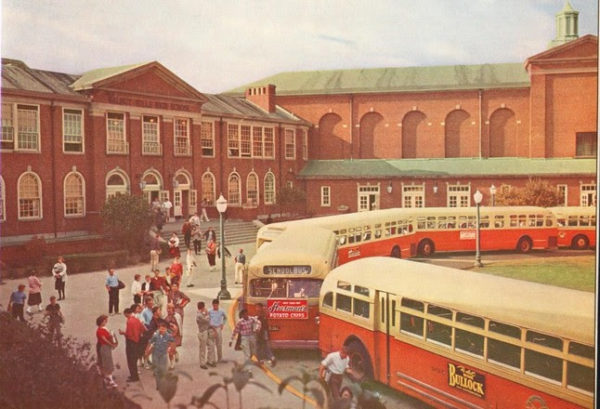 Rubin attended Cincinnati’s Walnut Hills High School, co-editing the school newspaper, The Chatterbox and graduating in 1956. I was an ‘Effie” no an ‘E-Flat,’ an 8th grader at WHHS in 1956 and avid reader of the Chatterbox but Jerry Rubin was just one of many Rubin’s at the ‘Free’ Municipal College Prep 7-12 high school. U.S. News & World Report[2] ranked WHHS 36th in the nation in 2008. 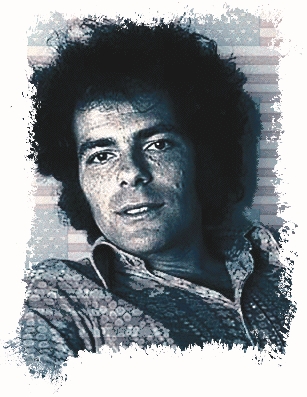 July FOURTEENTH the day of the CONVINCING STORYTELLER: July 14 people are convincing-and how! What confidence they don’t gain by a forthright, trustworthy image they magically induce through an assuming charm. Some born on this day boldly inspire confidence from the first meeting. Others win hearts through precisely the opposite; a low-key, even self-deprecatory approach. Those July 14 people who impress one as conservative or even colorless can nonetheless be very credible due to their objectivity and professional image.

Soon Rubin was leading protests of his own. Rubin organized the Vietnam Day Committee, that led some of the first large numbered protests against the war in Vietnam.  Vietnam Day Committee was a unique early antiwar organization in that it enjoyed large local participation and is believed to be a forerunner to the national movement against the war in Vietnam.[7]

Rubin was one of the founding members of the Youth International Party (YIP) or Yippies, along with social and political activist Abbie Hoffman and satirist Paul Krassner.[8] The Yippies  were influenced by Marshall McLuhan’s ideas on the importance of electronic communication, and believed that if radical events were made more entertaining the media, especially television would give them greater coverage.

… [T]he more visual and surreal the stunts we could cook up, the easier it would be to get on the news, and the more weird and whimsical and provocative the theater, the better it would play.[9]

Rubin’s appearance before the House Un-American Activities Committee (HUAC) hearings is a good example of the Yippies emphasis on conducting political protest as theater, and creating as much attention as possible to their dissent by turning it into a spectacle. Rubin was subpoenaed by HUAC in Washington but instead of pleading the Fifth Amendment as was common, he entered the room dressed in a rented 18th-century American Revolutionary War uniform, proudly claiming to be a descendant of Jefferson and Paine. “Nothing is more American than revolution,” he told the committee.[10] Rubin showing total lack of concern or worries, lightheartedly blew soap bubbles as members of Congress questioned his Communist affiliations. He subsequently appeared before the HUAC as a bare-chested guerrilla in Viet Cong pajamas, with war paint and carrying a toy M-16 rifle, and later as Santa Claus.[11][12]

As Martin A. Lee and Bruce Shlain remark in their book Acid Dreams:

It was a political ploy designed to make a mockery of the HUAC proceedings; the congressmen were caught off guard, and Rubin’s stunt became page-one news throughout the country.[13]

Another media stunt that gave the Yippies free publicity, not only in United States but all over of the world, was when Rubin, Hoffman and others brought the New York Stock Exchange to halt by tossing money into the air and watched gleefully as the stockbrokers scrambled vehemently for the bills.[9] Yet another successful act in Yippies “guerrilla theater” was when during the Presidential elections of 1968 the Youth International Party nominated their own candidate for the U.S. Presidency.

The nominee was Pigasus the Immortal, a 145-pound (66-kg) pig that they felt was a realistic alternative to Richard Nixon or his presidential opponent, Hubert Humphrey. At the official introductions at Pigasus’ first press conference, Rubin, while holding the candidate in his arms, demanded he be given Secret Service protection and be brought to the White House for a foreign policy briefing. He also promised, on behalf of Pigasus, a fair election campaign and if Pigasus won the election he would be eaten. This would, maintained Rubin, reverse the usual democratic process in which the pig is elected “and proceeds to eat the people.”[14]

In his book DO IT!: Scenarios of the Revolution Rubin says “media does not report “news” it creates it. An event happens when it goes on TV and becomes a myth.”[15] He goes on to say:

TV time goes to those with the most guts and imagination. I never understood the radical who comes on TV in a suit and tie. Turn off the sound and he could be the mayor! The words may be radical, but the television is a non-verbal instrument! The way to understand TV is to shut off the sound. No one remembers any words they hear; the mind is a technicolor movie of images, not words. I’ve never seen “bad” coverage of a demonstration. It makes no difference what they say about us. The picture is the story.[16]

In October 1967, David Dellinger of the National Mobilization Committee to End the War in Vietnam asked Rubin to help mobilize and direct a March on the Pentagon.[17] The protesters gathered at the Lincoln Memorial as Dellinger and Dr. Benjamin Spock gave speeches to the mass of people.[18]

From there, the group marched towards the Pentagon. As the protesters neared the Pentagon, they were met by soldiers of the 82nd Airborne Division.[18] who formed a human barricade blocking the Pentagon steps.[17] Not to be dissuaded, Abbie Hoffman, co-founder of the Yippies, vowed to levitate the Pentagon[18] while Allen Ginsberg led Tibetan chants to assist.[18] Eventually, things turned ugly. By the time the group’s 48-hour permit expired, approximately 680 protesters had been jailed and 50 hospitalized.[18]

As one member of the march recalled:

Then someone in authority decided that the Pentagon steps had to cleared. Rifle butts came down on people’s heads with dull ugly wet sounding thumps. Blood splashed on to the steps. There were shouts of “Link arms! Link arms!”, mixed with screams of pain and curses. People were dragged off and arrested. The brutality was appalling and the people standing on the steps began throwing debris at the soldiers. I saw a garbage can sail over my head. I feared people might be trampled in panic as they tried to escape from the clubs and rifle butts.[19]

In spite of the brutality of the police the spirits of the demonstrators was not dampened. Many were exhilarated by what had transpired and some felt it was an event that would mark a turning point. “It made me see we could build a movement by knocking off American symbols,” said Jerry Rubin.[20] He added:

We had symbolically destroyed Pentagon, the symbol of the war machine, by throwing blood on it, by pissing on it, dancing on it … painting ‘Che lives’ on it. It was a total cultural attack on the Pentagon. The media had communicated this all over the country and lots of people identified with us, the besiegers.[20]

Rubin later played an instrumental role in the anti-war demonstration that accompanied the 1968 Democratic National Convention in Chicago by helping to organize the Yippie “Festival of Life” in Lincoln Park. He spoke along with Hoffman at an anti-war rally at the Grant Park bandshell on August 28, 1968 and instructed demonstrators to resist if riot broke out. However, the extent of violence between Chicago police and demonstrators (which an official government report called a “police riot“) was not anticipated by the Yippie leaders. Some 1,500 people including civilians and police were injured.[6]:11 The arrest and trial of the Yippie leaders (known later as the Chicago Conspiracy Trial) which began on September 24, 1969 eventually led to the conviction of Rubin and seven others on charges of incitement to riot,[6]:10 including Abbie Hoffman, Rennie Davis, John Froines,David Dellinger, Lee Weiner, Tom Hayden, and Bobby Seale.[21]

The defendants were commonly referred to as the “Chicago Eight“. Seale’s trial, however, was severed from the others after he demanded the right to serve as his own lawyer and was sentenced to four years in prison for contempt of court, making the Chicago Eight the Chicago Seven. The trial developed into a quite spectacle, or “hippie-guerillas theater” as Rubin described it. Rubin, Hoffman and other defendants intentionally and successfully made a mockery of the court, widely covered by the press, with reporters fromNew York Times and Washington Post reporting on it.

Rubin who famously declared the trial to be “the Academy Award of protest”[22] at one point paraded back and forth in front of Judge Julius Hoffman (no relation to defendant Hoffman), thrusting his arm in a Nazi salute and shouting “Heil Hitler!”[23] On another occasion he and Hoffman showed up at the trial wearing judge’s robes, and when asked to disrobe, it became apparent they were wearing a blue Chicago police shirt underneath the judicial gown.[1] “The day Abbie and I came in wearing judges’ robes was a stoned idea,” he later said. “It was a turning point in the trial in terms of theatrics, and it just went on from there.”[24]

In spite of the danger of being busted Rubin was determined to smoke as much marijuana before the trial as possible. “I got stoned a lot for the trial because it was such complete theater – a front-row seat to history – and marijuana intensifies every experience.”[25]

Judge Julius Hoffman‘s own behavior during the trial did not exactly reduce the spectacle of the trial either. At one point he had Black Panther leader Bobby Seale chained and gagged in full view of the jury.[26]

Rubin, along with the six other defendants, was found not guilty on the charge of conspiracy but guilty (with four other defendants) on the charge of incitement. He was also sentenced by the judge to more than three years in prison for contempt of court. All the convictions for incitement were later overturned by an appeals court, who cited judicial and prosecutorial misconduct. Most of the contempt of court citations were also overturned on appeal.[27] The retrial was held in 1972.[6]:12