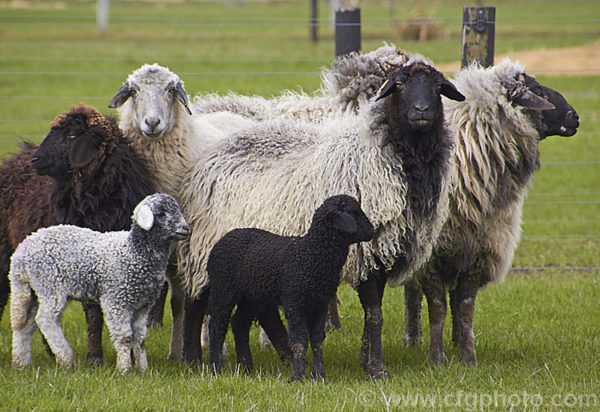 A group of Karakul sheep. The lambs are born black but soon develop the variable adult coloration. The Karakul is a Central Asian fat-tailed sheep breed with a almost goat-like fleece and an ability to withstand heat and drought. Similar animals can be traced as far back as 1400BC and the Karakul may well be the oldest breed of domestic sheep. The breed is named after Karakul or Qaraqul, a city in Bukhara, Uzbekistan, near the Caspian and Aral Seas. All parts of the animal – milk, meat, fat, wool and pelt – have their uses.

The earliest record of this sheep variety is found in ancient Uruk (3000 BC) and Ur (2400 BC) on stone vessels and mosaics. Another early reference is found in the Bible (Leviticus 3:9), where a sacrificial offering is described which includes the tail fat of sheep.

Sheep were specifically bred for the unique quality of the fat stored in the tail area and the fat (called Elyah, Arabic:[4] ألية ) was used extensively in medieval Arab and Persian cookery. The tail fat is still used in modern cookery, though there has been a reported decline, with other types of fat and oils having increased in popularity. 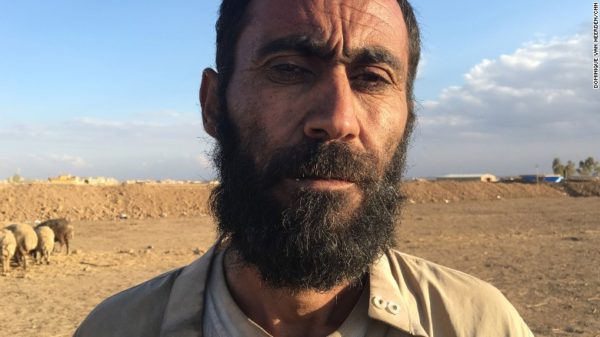 Before ISIS, he would get $130 per sheep, selling up to 50 a month ($6,500). Today he’s forced to offer a pair for $200.  A 45-year-old shepherd Shukar Mahmoud is stuck at a checkpoint with his flock. The Kurdish guards won’t let Mahmoud past their checkpoint to sell his sheep in their areas because they say they’re “Arab sheep.” It’s not an official rule. It’s just the rule today. 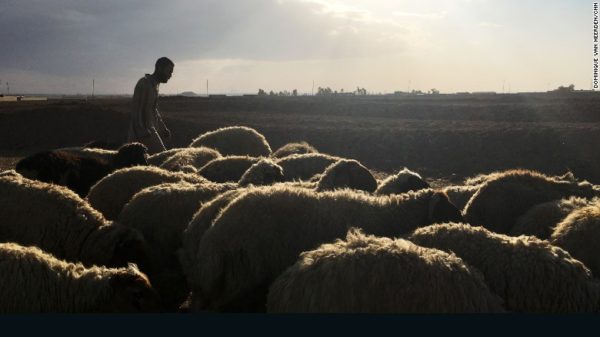 Behind Shakur Mahmoud, the danger he fled; ahead a kind-of “sectarian bureaucracy.” Beyond the checkpoint, there’s a camp for displaced people where Mahmoud’s family waits for him, but for now this is where his journey ends. Though he has — literally — run for his life, he’s not leaving his sheep behind.

Fat-tailed sheep are hardy and adaptable, able to withstand the tough challenges of desert life. When feed is plentiful and parasites not a major factor, fat-tailed sheep can be large in size and growth. The carcass quality of these sheep is quite good, with most of the fat concentrated in the tail area – it could account for as much as 10 pounds (4.5 kilograms) of the weight on a 60-pound (27 kilogram) carcass. The fat-tailed breeds seen frequently in the US are the Karakul and Tunis. 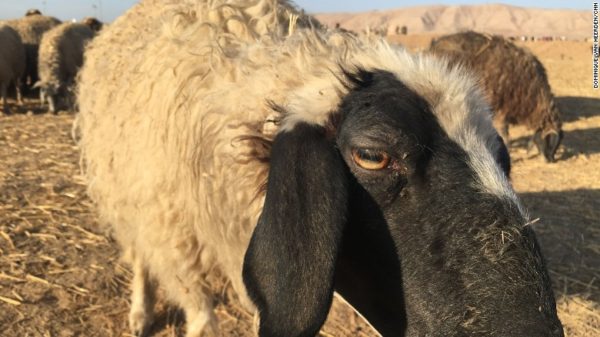 The wool from fat-tailed breeds is usually coarse and frequently has colored fibers. It would be of limited value in commercial markets. Today it is used primarily for rug-making and other cottage-type industries. Bedouin women make rugs and blankets from the wool. Some of their handiwork can be purchased in the villages of Egypt. Shearing in Egypt is done once or twice a year with hand clippers. There is a reluctance to use electric shears because of wool quality and the difficulty in getting replacement parts when they become dull or worn out. 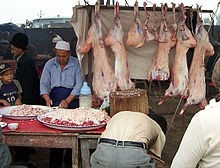 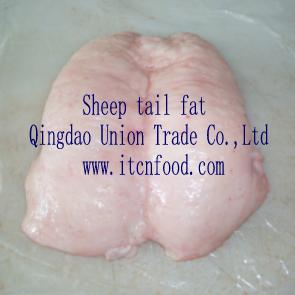 My Palestinian goat vendor in Katy and I were trying to offload our “Two-toothed” goats on the Pakistani, Egyptian, Muslim community of Houston for $1.25/lb. The Egyptians especially kept bugging us about “sheeps with fat tail,” I said I know, I know, every place I went in my USAID Egyptian Ag-Research visits they had those, but we don’t have them in Texas.  The Philistine researched the fat-tail and vowed next year to use the goats as a loss-leader to auction off Karakul’s with a minimum opening bid of $5.00 a pound.