(假痴不癲／假痴不癫, Jiǎ chī bù diān) Hide behind the mask of a fool, a drunk, or a madman to create confusion about your intentions and motivations. Lure your opponent into underestimating your ability until, overconfident, he drops his guard. Then you may attack. 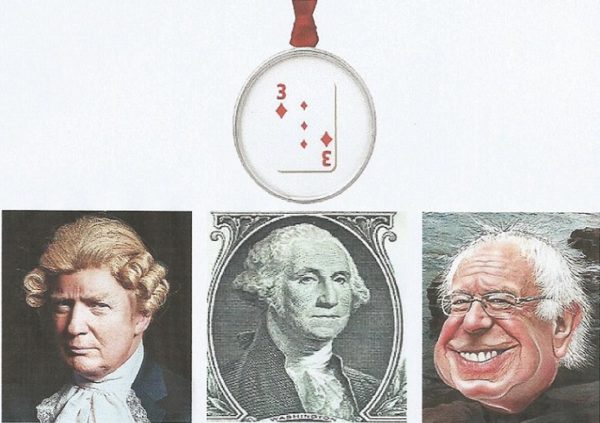 Washington took on the British and almost half of his fellow colonists to victory in the American Revolution. In 2016 Donald

Sanders took on the Deep State and almost half of their respective  voting public.

Bernie, unintentionally exposed the establishment’s King George candidate – Hillary Clinton – to be the enemy of the people. And the rest is history.