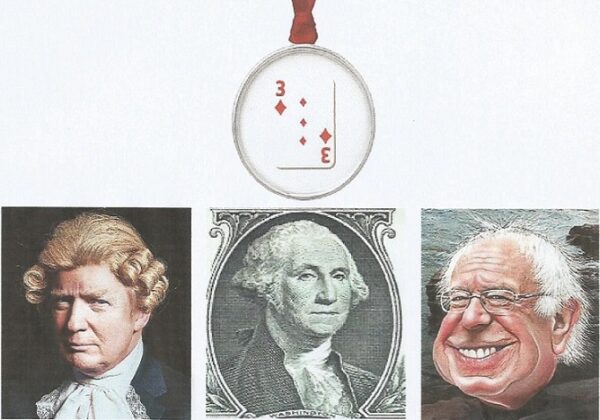 THREE of Diamonds: The UNDECIDED VALUES Card – The Three of Diamonds is considered one of the more difficult of the life paths of all the cards, especially when the Three of Diamonds is a woman. Indecision in values along with past life karma (Six of Hearts Karma Card) in relationships cause many challenges in the affectional life. A natural interest in metaphysics should be cultivated if they are to know more peace in their lives and overcome the many hurdles and temptations. They always know what is right and wrong, though sometimes they try to ignore what they know. They have more satisfaction in business where they can travel or do various different things. There is usually someone younger for whom they must make sacrifices for, often one of their children. With three nines in their Life Path, their later life can be disappointing, UNLESS they have developed their spiritual side, which will give them peace and solace and wisdom. These people are here to try many “things” on for size and then to settle on the truth. They are very creative. Some of them discover a divine mission and follow a lofty path where their innate creativity serves a higher purpose where they find peace and contentment.

June FOURTEENTH The Day of GUTSY CONFRONTATION: The determined and intense people born on June 14 are very sharp in their observations and assessment of what goes on around them. They are usually strongly opinionated, loyal, and demonstrate great courage when fighting the good fight, the honorable battle. They are forceful and convincing when presenting their ideas and opinions, and because they understand human nature all too well, capable of mercilessly exposing hypocrisy and pretense.

September EIGHTH the Day of the PUZZLING PURIST: The enigmatic individuals born on September 8 are by no means easy to figure out. In their own minds they are interested in cleaning up shop, straightening things out and generally improving the lot of their family, social or national group. Yet if and when they go off on the wrong track, they are likely to maintain the absolute belief that they are acting reasonably or responsibly. Whether their efforts turn out well or badly in the end, there is no denying that September 8 people impact greatly on their environment.
STRENGTHS: Serious, Dynamic, Per-formative
WEAKNESSES: Unyielding, Authoritarian, Misdirected